Just for fun, I’ve entered Web Archive to get the Apple’s website version for the last 10 years. 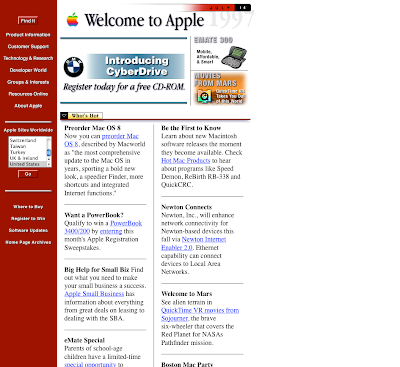 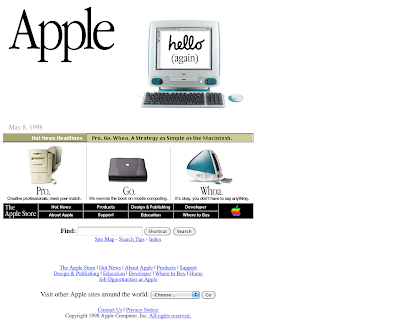 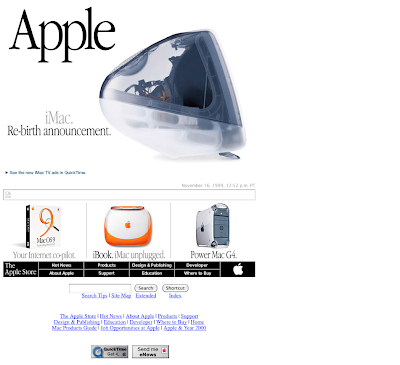 2000 – Menu is put on top of page and looks like today’s apple site. Home has 1 big picture of a main product and 4 small pictures. Logo is red. Web site is centralized on browser. 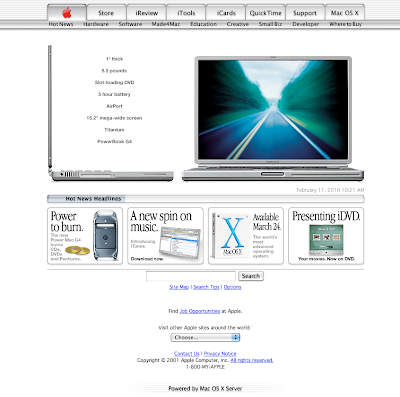 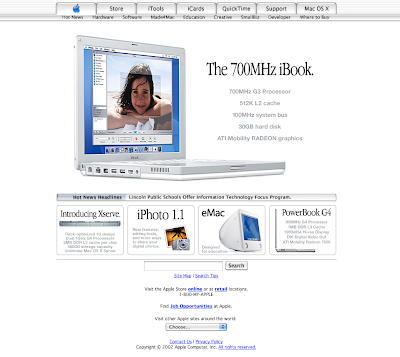 2002 – The gray menu is very similar to today’s Apple WebSite. There’s a search field on the bottom of the page, with footer links 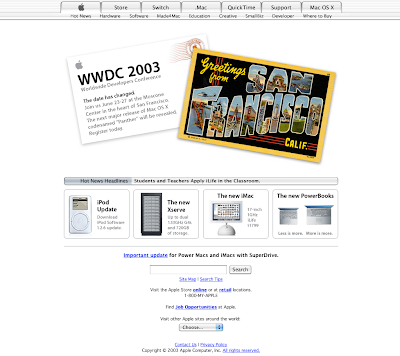 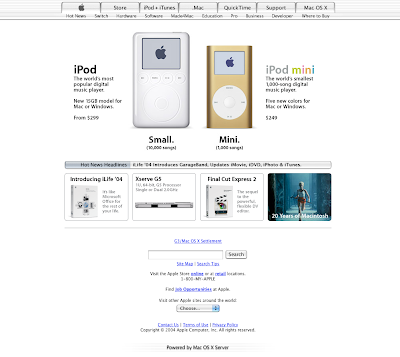 2004 – Mac Mini is launched. Web site is a little bit colored, but the design remains the same. 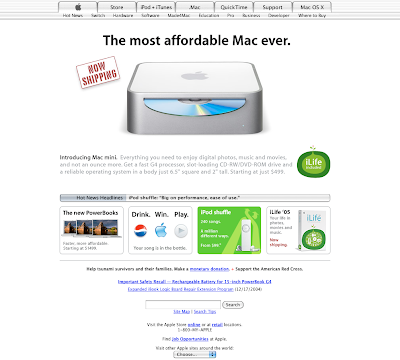 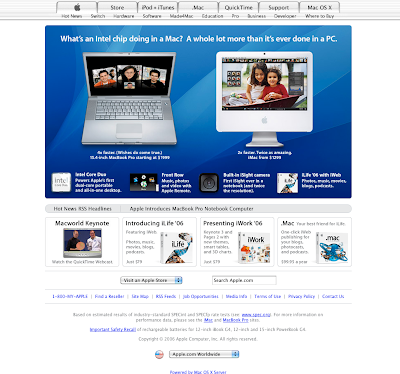 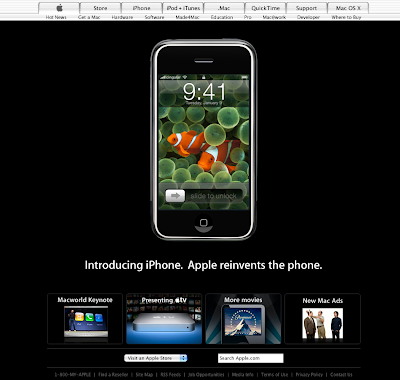 2007/2008 – Menu is the same of today’s (2010) – The images from webarchive are broken… 🙂
Site is designed for 1024px width resolutions. Apple becomes WHITE and clean (like my washing machine). Search field goes up (like spotlight in Mac OS X) 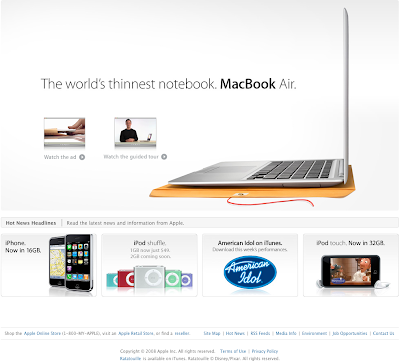 2009-2010 – Website is bigger than ever, you have to scroll down to see the whole page, everything remains white. 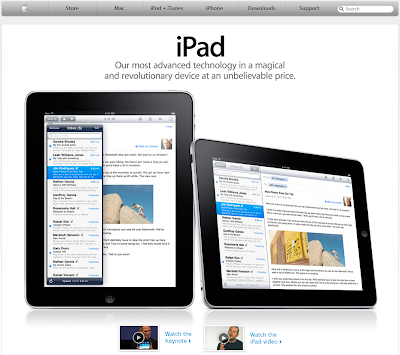 Daniel started developing software in Brazil when he was 10, on his TK-3000 Basic 2MB RAM computer. He worked as a consultant and software developer in many companies. In 2001, he worked for an Internet startup in Italy. In 2006 he joined Locaweb, the biggest web hosting company in Brazil and worked there for 5 years as developer and tech lead in infrastructure team. In 2010, he organized the first DevOpsDays Brazil. For two years, was CTO at Elo7 - the biggest crafts marketplace in Brazil. Today, Daniel is a Computer Science PhD Student at University of São Paulo – IME-USP. His PhD research in on Software Startups and Entrepreneurship. He Mastered in Computer Science in University of São Paulo in 2009, with the Thesis Patterns for Introducing New Ideas in the Software Industry. Studying other Arts beside software development, like Theater, Music (guitar playing), dance and writing, he acted in five musical plays and has a poetry book published. Daniel is a Vipassana meditation student and is very interested in topics related to human consciousness.

Patterns for Introducing New Ideas in the Software Industry